The entire 97-acre portion of our former United Shoe Machinery Corporation (USMC) land and ponds was purchased from The Black & Decker Corporation in April 1996, after the site had sat largely empty and decaying for more than 10 years.

Cummings Properties subsequently donated all of the land needed for the new James L. McKeown School on Balch Street, and several more acres on Elliott Street (directly opposite Elliott Landing) for a future new Beverly Public Safety Building. The Company has since developed the rest of the property into more than 2 million square feet of modern office, research, and medical space, where some 5,600 people are employed today.

Before USMC began purchasing this land, in 1901, some of the property had been in continuous commercial use since 1642, when Friend's Mill was first constructed. This tidal-powered gristmill was authorized when this area was still part of Salem, and the property is believed by many to be the oldest continuously used commercial property in the United States.

The old bronze plaque mounted just outside Elliott Landing's front entrance was originally placed by USMC in the 1920s to commemorate the route of five pioneer families known as the Beverly Planters, who used this inlet in the Bass River to travel from the center of Salem to their farms before the first dam was built, pretty much under our site. The monument was recovered from the edge of Upper Shoe Pond and first displayed in its current location in October 2016.

It is our understanding that the location of our Elliott Landing building is exactly where the earliest version of Friends Mill was located, before it was moved just across the street. The pilings from the second mill, which burned down about 1890, are very visible at low tide, just at the end of the crosswalk, opposite residences 112 and 114. 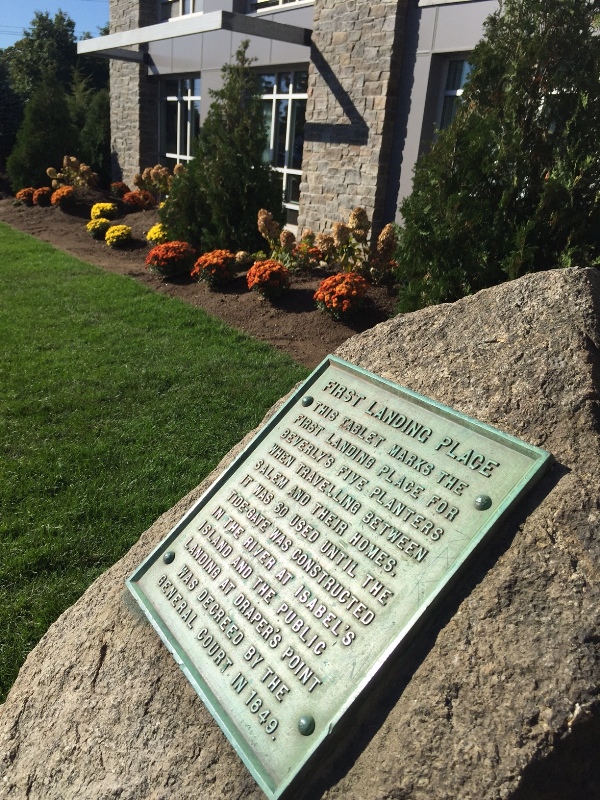